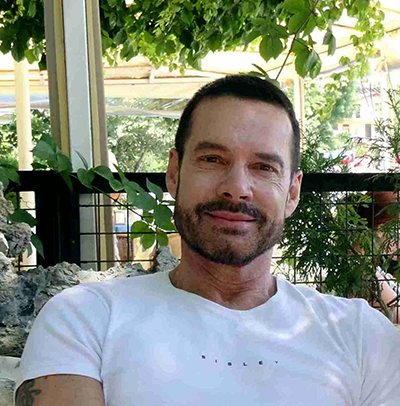 I joined the committee in 1989 and took over from Marianne Dawood as chairman on 1st July 1990. I resigned on 30th June 2002, so exactly 12 years later and Richard Rollifson took over.

During my time there were the usual perennial problems we tried to deal with - rubbish dumping, graffiti, licensing, anti-social behaviour etc - but there were four really significant issues. They were as follows:

Closure of the Square from Earl's Court Road  The government decided to bring in the new system of red routes and we were alarmed to see when the plans were published that lorry unloading bays were designated along sections of Earl's Court Road but because ECR is narrow at the bottom and there were shops to be serviced a lorry unloading bay would exist inside the Square, between the dry cleaner's and the alley next to my building. So it meant we would have a regular flow of lorries not only parking but then driving right round the Square to exit.

The Committee thought the obvious answer was to close the Square and create a lay-by for the lorries to stop in. We then tried to win over support for this proposal from our councillors and also made direct representations to the Town Hall. To our relief the Highways Department supported us and agreed to submit a request  to the GLC.  You can imagine our joy when the GLC agreed! It not only meant no lorries but an end to the stream of cars entering the Square from ECR every day, many of them rat-running to Kempsford Gardens.

Signage in Earl's Court Road  This was my personal crusade. At that time ECR was plastered with internally lit box signs at all different levels above shops. It looked like Soho, garish and tacky, a scar running through a beautiful Victorian neighbourhood. Nearly all these signs were unauthorised. Backed up by the Committee I took pictures and sent them to the Town Hall, asking that they ask the owners to apply for retrospective consent. We suggested that the Council should then only give consent if the sign was at fascia level and lit externally - so an end to neon signs.

It meant quite a bit of work for the Council, identifying freeholders and chasing them up when they got no response, but gradually it bore results. In the end the Council actually formulated a policy that they would give no consents for internally lit box signs and that no signs could be placed above a fascia. This assault on the ugliness of ECR was then aided by another government scheme:

Urban Programme Grant The government came up with a scheme where they would give money to councils for specific improvement projects in their boroughs. K&C Council were quick to apply for a grant  for North Kensington. We pressed the Council to apply also for one for EC. We had to make a submission to a government panel. I think Jennifer came with me. We showed pictures of ECR without a single paving stone in it (all asphalt), of cheap guard rail (some of it bent) and of fine buildings black with a century of grime.

We won the grant. I forget how much money it was, but it led to the paving of ECR in York stone, of heritage style guard rail, and of the washing down of buildings. The Council officer dealing with it told me that the two blocks flanking the south east arm of the Square (the launderette and the dry cleaner etc) would be washed. I pleaded that they include the flank walls - inside the Square - but he said the grant was specifically for properties in ECR. That was disheartening because they looked awful; I don't know if you remember it, but they were filthy; however, we won the argument because the doors in those flank walls do actually have ECR numbers!

So you can see the transformation of ECR that took place. When one sees the road today, say early on a Sunday morning, without traffic, it really looks rather fine.

Estate Agents Boards This was something that drove us all mad. There was a forest of boards all round the Square, indeed all over the borough. Often the boards would be left as free advertising long after a property was sold. In our frustration the Committee purchased some large cutters and we began cutting them down and usually rested them against the garden railings.

But we lobbied the Council (along with other RAs) and in the end the Council got the government to place a ban on estate agents' boards for one year. We were jubilant. After one year the government extended it to five, and then it became permanent. Today we take the elegance of the Square pretty well for granted, but it was a long struggle to get to where we are.

A note from long time committee member Sue Lupton: Rodney was an inspirational Chairman, an excellent speaker, selfless and organized. We give him great thanks.