ECSRA has been very concerned about antisocial behaviour (ASB) for some time and has joined with the Earl’s Court Safer Neighbourhood Team Ward Panel (of which I am a member) to organise a Petition to be presented to our MP, Felicity Buchan, and the Council as ASB and shoplifting are not included in the Met Police statistics for the Earl’s Court area. Therefore, Earl's Court is not treated as a priority by the Met, Earl’s Court SNT Police Team and Kensington and Chelsea Community Safety Team. Yet, these are the very issues that impact on the day-to-day lives of many residents and should be incorporated into the police crime figures so that the level of crime is more accurately reflected.

Please do support ECSRA by signing our online Petition - see below. We would like to stress that this Petition is non-political and we hope it will unite our community with a common aim. The Petition is GDPR compliant and will be collated by Professor Michael Hough – who launched the British Crime Survey for the Home Office where he worked for 25 years. He is now based at Brasenose College, Oxford, and has previously lived in Earl’s Court and done surveys for RBKC and Notting Hill Housing. Our aim is to be transparent and above board and ensure all data is safeguarded. 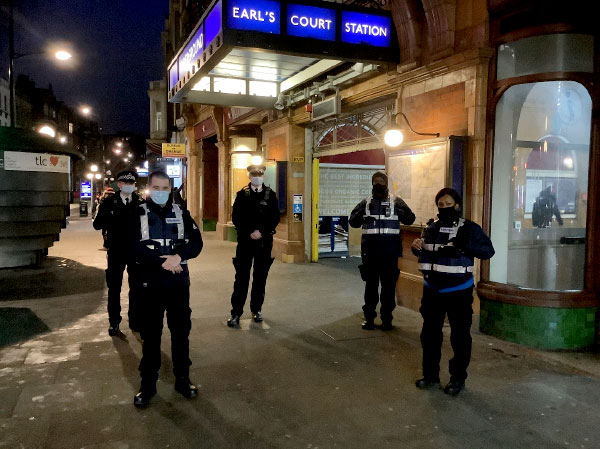 I have been corresponding with Felicity Buchan MP regarding whether Police should be contacted on 101 or 999.  Contrary to all we have previously been told it looks as if “there is a crime unfolding in front of the informant, 999 is the first port of call.”

“People can contact their local ward officer through the Met website (https://www.met.police.uk and type in your postcode), email the office directly, can anonymously contact Crimestoppers (https://crimestoppers-uk.org/give-information/forms/give-information-anonymous) and also make their submission that way. If you see it happening in front of you, call 999, and we will send officers straight away.”

Call 999:   “More generally, the advice that Felicity Buchan MP has received from Police since her election is that 999 is not just for serious violent crime, but for ongoing, non-violent crime which is occurring at the present time and requires a police response. It's part of the job of the 999 call-handlers to triage between the seriousness of ongoing crimes and allocate resources.”

Call 101:   “101, we have been told, is more geared towards reporting crimes after the fact, when an immediate police response is not required, but a crime has still taken place (e.g. returning home to find your house burgled).”

Telephone 999 in an emergency where there is a danger to life or a crime is in progress.

Telephone 101 for non-emergencies where police attendance is required, to report a crime or to report any other incidents. Calls to 101 have a fixed cost of 15p per call.

Building on that work, I have asked officers to start gathering evidence so that we can expand the PSPO area. This would mean we can use acoustic cameras to enforce against noisy vehicles across the borough.

I know that local people are fed up with noisy vehicles tearing down our streets all day and night.

We have set up a dedicated inbox for resident complaints about vehicle noise to help us justify the introduction of the new PSPO.

Please do write to:

Many thanks in anticipation for your support. Let’s drive down the number of noisy vehicles keeping us up.

Building on that work, I have asked officers to start gathering evidence so that we can expand the PSPO area. This would mean we can use acoustic cameras to enforce against noisy vehicles across the borough.

As part of the evidence gathering process, a dedicated inbox has been set up for resident complaints about vehicle noise.

Please do pass on residents’ complaints about vehicle noise to:

Many thanks in anticipation for your support. Let’s drive down the number of noisy vehicles keeping us up.