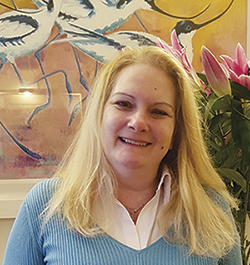 As you might be aware, air pollution has a long term impact upon the health of people as the majority of the air pollution effects are not immediately obvious. However, symptoms such as unexplained coughing, throat/nasal irritation, sneezing, eye irritation, runny nose etc. can be experienced as an acute/short term effect.

Some of us who are more vulnerable such as babies, children, elderly or people suffering with asthma or other respiratory or cardiac diseases suffer more than the rest of the population. Some of us may experience shortness of breath even on mild effort or exercise e.g. negotiating stairs can be a struggle. Difficulty in breathing results in hospital admissions. Long term effects include diseases like Asthma, COPD and Cancer of Lungs.

The main Pollutants harmful for the health are:

Residents can keep a tab on levels of daily air pollution using apps such us: Plume, ClearSpace, Airvisual.

More information about the air pollution can be gathered on the King’s College website: londonair.org.uk

If the air pollution is higher than it should be, going for a walk or other outdoors activities should be avoided. Leaving windows or doors open for air/ventilation are also best avoided.

The pollution levels in 2016 were as below:

Similar results were seen in the 2017. For example in January, March, April and September 2017, PM10 and PM2.5 were quite increased (60 microgm/cubic metre). Ozone levels were exceeded in June 2017.

The final report for the air pollution in 2017 is not yet available as the relevant authorities take some time compiling the data. We will have the results of the full report for 2017 in newsletters to follow.

Hope this helps to inform all the residents in Earl’s Court Square and especially the vulnerable groups in order for them to take adequate precautions as possible and create a general awareness of the invisible but potentially serious health hazard we all face when living this area.