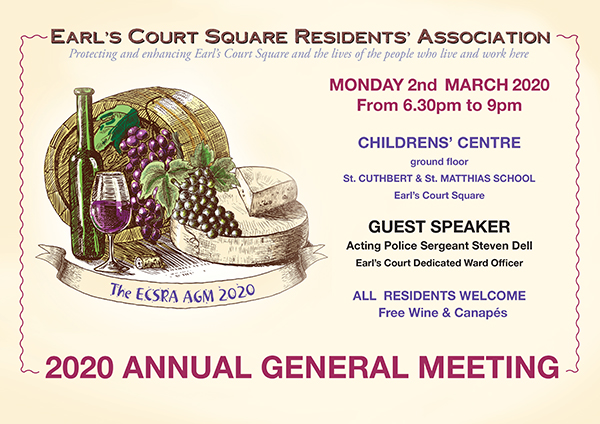 ECSRA’s AGM was held on Monday 2 March at 18:30 at The Children’s Centre of St Cuthbert and St Matthias School in Earl’s Court Square.  The Chairman and Hon Treasurer presented their Annual Reports. All three Ward Councillors (Cllr Malcolm Spalding, Cllr Linda Wade and Cllr Hamish Adourian) were able to join residents and our Guest Speaker this year was David Elavia, Chairman of the Earl’s Court Safer Neighourhood Panel. After the well attended meeting ended, neighbours were able to mix and mingle with our Councillors and the Executive Committee whilst being served complimentary wine and canapés. 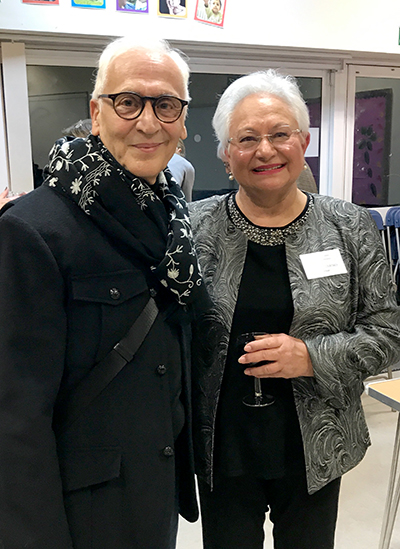