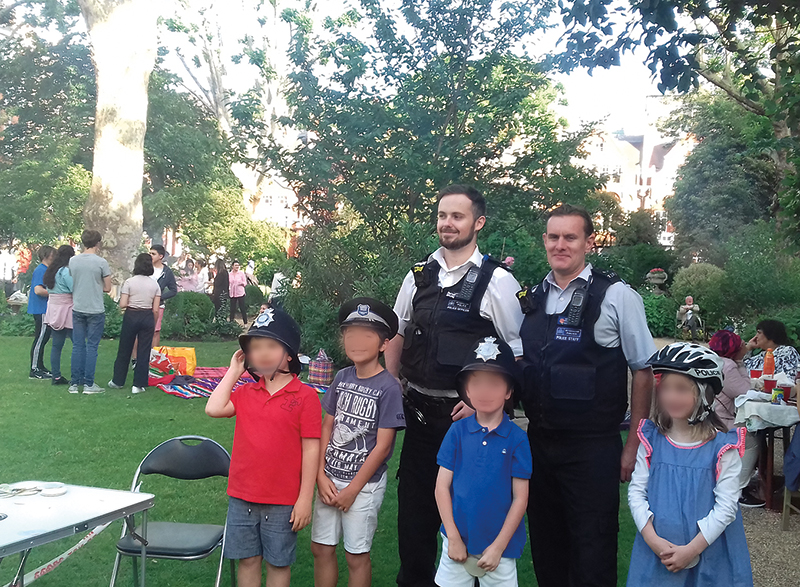 The ECSRA biggest event each year in the summer for Earl’s Court Square residents. People bring their own food to BBQ on the grills provided, and get together with neighbours and friends. We invited our Earl’s Court dedicated police team to meet the children.

Our ‘bring your own’ summer BBQ had excellent attendance in June.

ECSRA’s BBQ & Disco is the biggest event of the year in the summer, for all Earl’s Court Square Residents and is held in the garden square.

We started earlier at 5.00pm so that the children could meet our local Earl’s Court police and play with some of the things they brought along. The music ended at 11pm to abide by the noise law.

The EC residents’ association committee erected and lit 5 BBQ’s one of which was vegan friendly. People brought their own drink, rugs or picnic tables and food for the BBQ. Local Councillors came and residents brought guests. It is the largest event the ECSRA organise in the year where neighbours and friends get together.

If you don’t know anyone, head for the large table in the south side of the square hosted by committee member Sue Lupton. You will find a welcome there from the group.